The two-minute rule: What it is and how it works 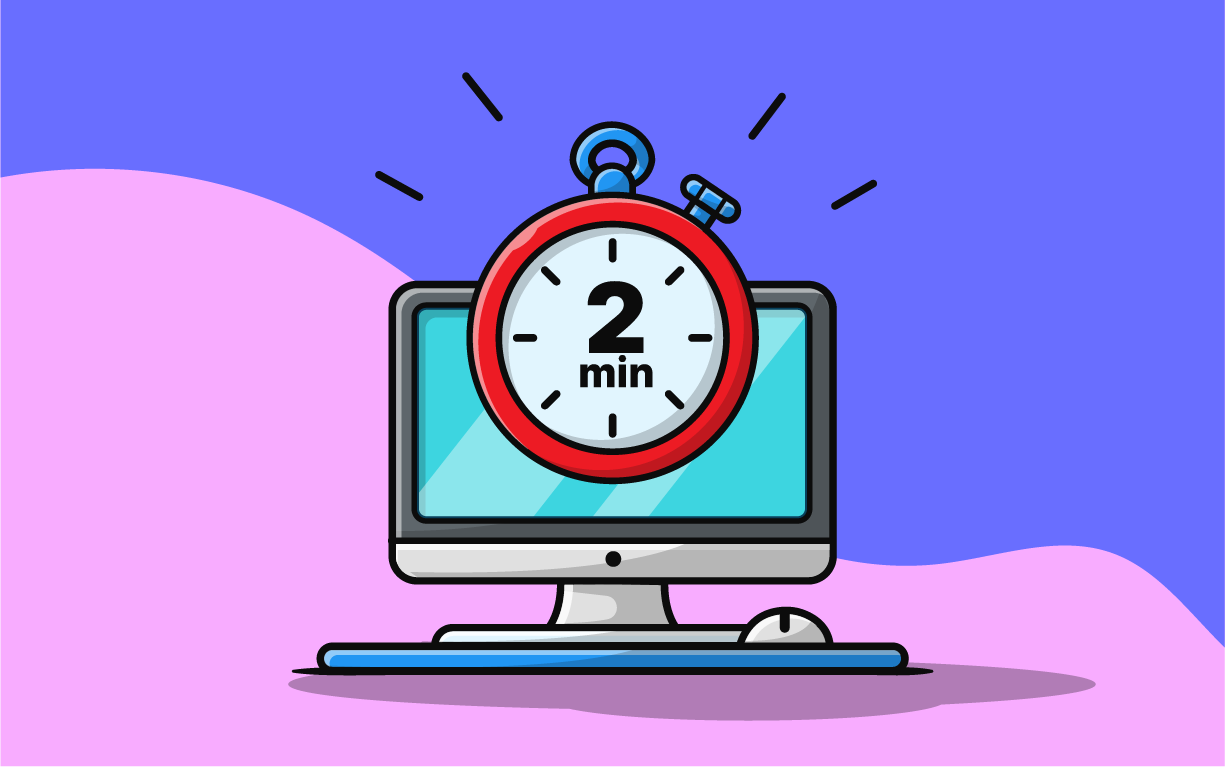 Related articles
Getting Things Done (GTD): What it is and how it works
4 ways to use the Zeigarnik effect to boost your productivity

In the never-ending quest to become more productive, we’re faced with a ton of conflicting advice. Should we work in short bursts, or long, unbroken stretches? Should we meticulously structure our day in chunks of time, or sketch it loosely to leave space for creativity? Should we get small tasks out of the way first, or start with our largest? This last point seems to have been answered by the “two-minute rule”: the idea that if a task takes less than two minutes, we should do it now. But should we trust its popularity? Will blasting through small tasks make us more productive? And if not, how should we approach all the small to-dos on our list?

What is the two-minute rule?

“If an action will take less than two minutes, it should be done at the moment it’s defined.” Almost all of us procrastinate, even though the things we keep putting off can often be finished in just a few minutes. We do this in our personal lives as well as professionally. How many of us have put our dirty plates on the side to wash up later instead of doing it now? How many of us have starred an email to reply to later rather than sending a quick response now? While they’re no big deal in isolation, these small things in life and work can add up to one seriously big headache. The two-minute rule is a tactic from the Getting Things Done personal productivity method. The premise is simple: if you have an outstanding task and it’ll take two minutes or less to complete, do it now – even if it’s not flagged as urgent or high priority.

Why the two-minute rule is effective

The two-minute rule doesn’t require any special tool, spreadsheets or workflows e – you don’t even have to add the task to your to-do list. All you have to do is attack it head on!

You don't have to read “two minutes” too literally here. The main point Allen makes in his book is that if the effort of remembering to do a task later is more effort than actually doing it, just do it now – get it done! If you flag an email for later, but can’t quite get it out of your head, it might be better just to deal with it right away. When we leave tasks hanging or incomplete, we fall victim to the Zeigarnik effect – jobs nag at us and consume our attention until we can finally complete them.

The goal of the two-minute rule is to overcome procrastination and idleness by taking quick action. It’s about getting those small wins in, and believing that if you achieve something productive, no matter how minor it is, you’ll feel more motivated. The two-minute rule allows us to capitalize on small windows of time and make good use of those periods when we’re low on energy. When we do these quick jobs we feel empowered to do more – it builds momentum and declutters our mind.

Limitations of the two-minute rule

It all sounds pretty good, right? But the two-minute rule isn’t exactly bulletproof – one of its biggest problems being that it flies in the face of some of the most highly-regarded productivity strategies.

It doesn’t help you focus on what’s important

These strategies may have different names – like Eat The Frog and MIT (Most Important Task) – but they all share the same idea: you should always prioritize your most important task. Other productivity principles incorporate this idea too – for example, the 80 20 rule. This theory suggests that not all units of work contribute the same amount, and we make the most progress from just 20% of our efforts. If this is true, we should surely be trying to focus our efforts on the most important tasks – the work that drives the majority of our results? In stark contrast, two-minute jobs are rarely the ones that help us reach our bigger goals. Since our attention is a finite resource, it would make more sense to always put our important tasks first.

Jumping between too many little tasks can sap your productivity

It could also be argued that the two-minute rule is a form of context switching. If you sit down to work on something important, but right before you start, choose to tick off a few two-minute tasks to get the ball rolling and feel like you’ve achieved something, you’re depleting valuable energy and focus. Seemingly small tasks can also quickly mutate into complex one – responding to one short email can open a Pandora’s box of new ones, all masquerading as “urgent”. All of a sudden, your focus session has snowballed into you completing a bunch of non-essential two-minute tasks. In this instance, prioritizing tasks that ultimately yield little or no value doesn’t just waste productive energy – it pushes much more important work back.

How to avoid the pitfalls of the two-minute rule

To counteract these potential traps, we recommend blocking off time for deep work in your calendar when your productivity is highest. Turn off your phone and email notifications to completely eliminate the temptation to check. During this time, the two-minute rule shouldn’t apply – instead, you can carve out some time for quick chores once your focus session is over.

When to use the two-minute rule

The two-minute rule can be used in a couple of different ways:

The two-minute rule is especially effective when applied to those ad-hoc tasks that crop up over the course of your work day. Today, my laundry list of micro-tasks has expanded to include things like “review ad copy” and “answer freelancer email”. These are the sort of things that, in reality, shouldn’t take me more than a minute or two to get done. But if I repeatedly put all of them on the long arm, they inevitably start building up and weighing on my mind (“I must not forget to do that!”) while I’m supposed to be focused on other things. Instead of postponing all of these quick tasks, I’d be better served by tackling them as soon as they come up – and never giving them a second thought.

Getting started with larger projects

On the complete opposite end of the spectrum, the two-minute rule can be used to kick start bigger tasks as well as more complex, substantial projects that you’re procrastinating on. The first step is to write down everything that springs to mind, and work backwards to figure out the first quick and necessary step you need to take to get you started. Let’s say you’ve got to draft an ebook – something you could do in just two minutes could include deciding on a working title or pulling some data on how well your last ebook performed.

How to apply the two-minute rule

1. Ensure the two-minute task you do is actually one of your priorities

The problem with replying to emails is that often you then get flooded with other people’s concerns and priorities. Don’t get pulled into solving anyone else’s problems – reply to that email only if it’s something you personally can tick off your list.

2. Make sure the job really does only take two minutes

If you have any doubt that it’ll take longer, don’t do it. If it’s a recurring task you’ll have to do repeatedly, it might be worth using a timer so you know for the future if you can accomplish it in two minutes.

3. Reserve low-value small tasks for dead time in your schedule

Small time windows trapped between meetings, or the few minutes spent waiting for others to join meetings are ideal for unimportant two-minute tasks. Save the rest of your schedule for the tasks that have value and meaning, and help you achieve something. If a two-minute task threatens that in any way, put it on the backburner. Not all small tasks are worth your time – automate the unproductive ones 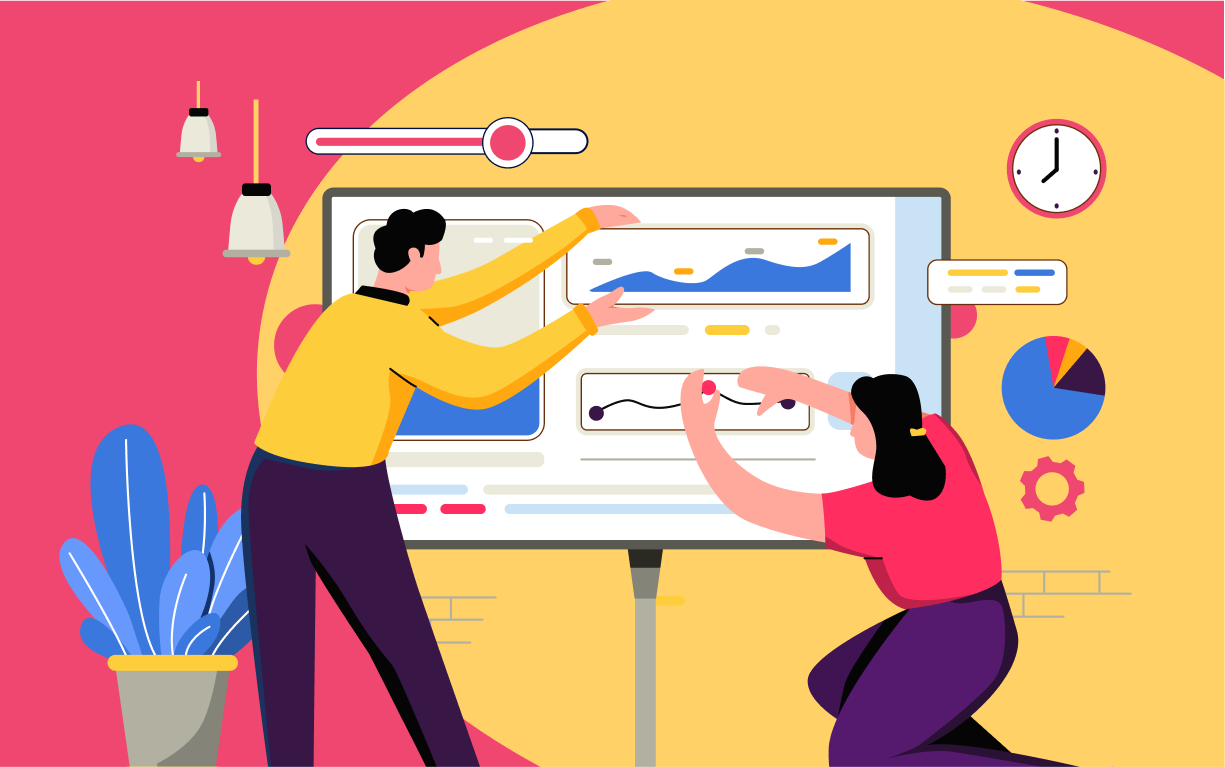 Getting Things Done (GTD): What it is and how it works

This guide will give you an overview of what Getting Things Done is, why it’s so effective and how you can use it to be more productive at work. 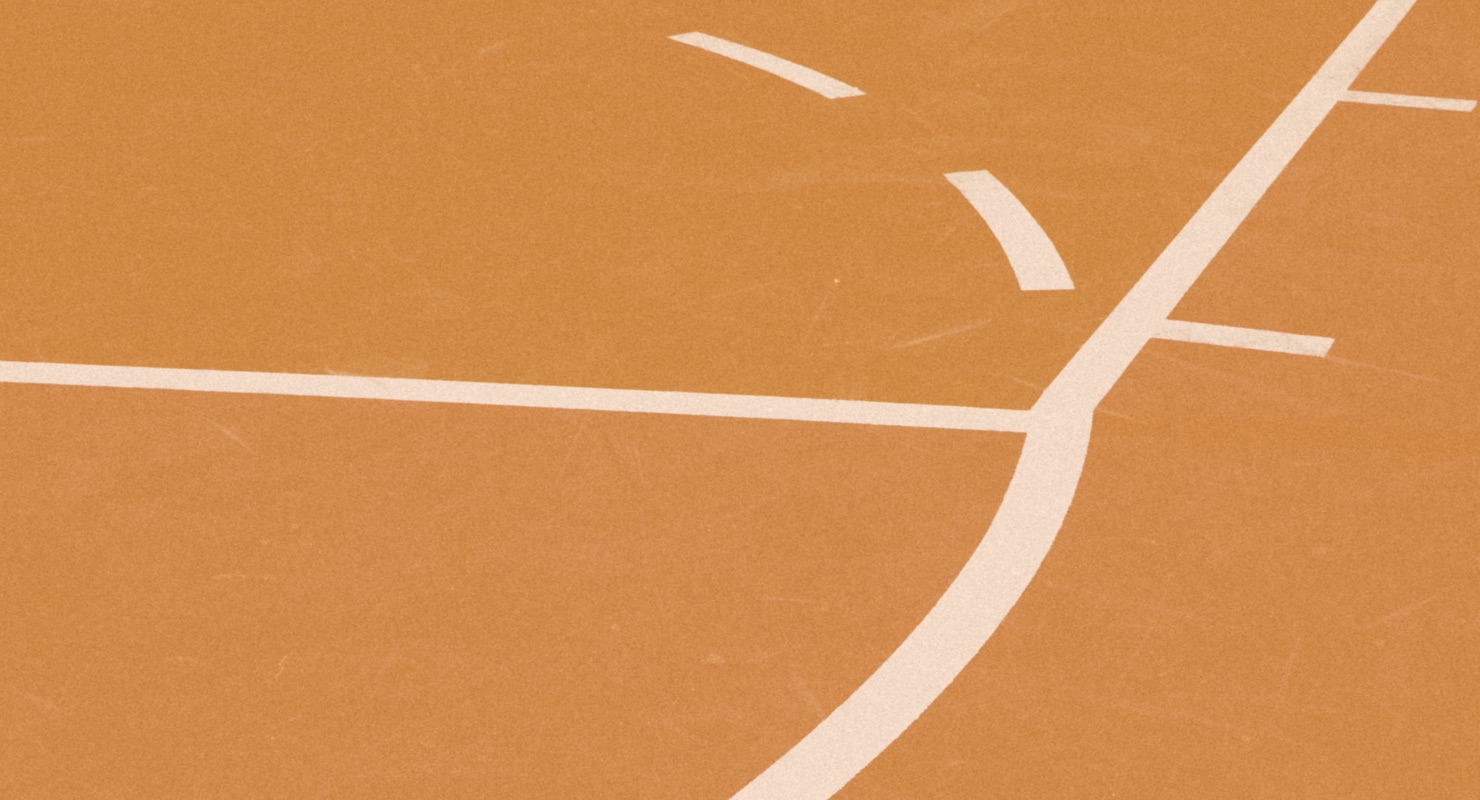 4 ways to use the Zeigarnik effect to boost your productivity

Try Timely for free!
Discover the power of Timely's automated time tracking with a 14-day free trial
Thank you! Your submission has been received!
Something went wrong while submitting the form.